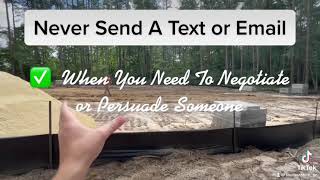 Never Send A Text or Email During These 7 Situations! Leave Your Comments Below! 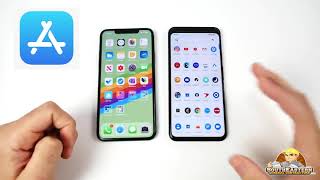 How to Manage a Construction Business using Facebook Messenger! 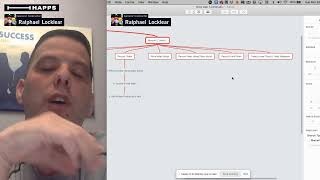 Working on VideoMasterClass for Contractors Course 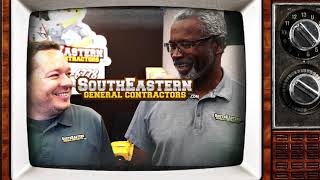 Lumber Prices during the Pandemic

Expensive Lumber Prices during the Pandemic 😷
60
1
1 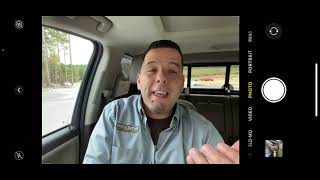 We show the best way we ensure: Communication, Expectations, Checklists & Processes are followed simply by Proving That What Is Expected Has Been Followed To. “t” by adjusting how we run our day-to-day business And incorporating video in every aspect of our construction business. 
61
5
0 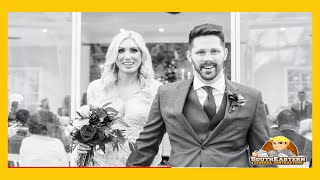 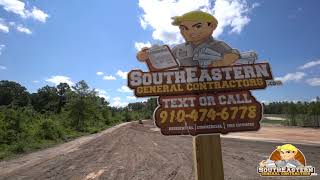 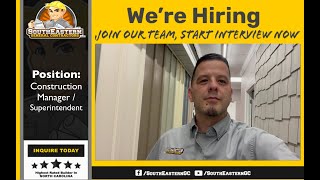 Join Our Team as a Construction Manager / Superintendent

Start the application process now by clicking this link: https://southeasternhomebuilders.co... Hey, I am Ralphael Locklear with SouthEastern General Contractors and We’re Looking For our next “Ideal” team member for the Construction Manager / Superintent Position! This person must have Extensive Experience with the whole Construction Process from Trees to Keys! This person must be able to manage Residential, Commercial and Government Construction Projects also. The Ideal Construction Manager / Superintendent will have Great People Skills, Communication Skills, Problem Solving Skills and This person will be “Process Driven” just as much as we are. The Ideal Candidate will “Think Outside The Box” and will Instinctively know how to Anticipate Issues on the Jobsite and will already have a Plan A, B and C in place in advance to ensure potential issues don’t become a problem. The Pay for this position…. Will be a REALLY GREAT SALARY! Company Vehicle shall be provided, Company Gas Card shall be provided, An Excellent Work/Team Environment that you’ll love being a part of! If you’re looking for an opportunity to utilize your Construction Management Skills with a Growing Company who’s Goal is to Master Our Crafts and to be a Blessing To Others while helping our Team Members reach their fullest potential, Then we may be a Great Fit for one another! The Good News, is we’re a High Tech Construction Company, and you’re able to do an Interview with our company right now, AND if you are the right fit… you could find yourself in an awesome work environment with an awesome team sooner than you think!
82
3
0 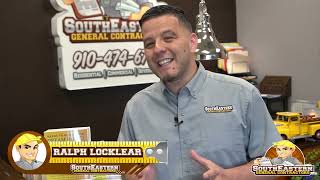 Fort Bragg North Carolina Contracting Officers: We're Licensed General Contractors Ready To Help With Construction! #FortBraggContractingOfficer #FortBraggNCConstructionCompanies, #ContractorsOnFtBraggNC #8aContractor, #HubzoneCertified Call 910.390.1062 or Email: Ralph@SouthEasternGC.com My name is Ralphael Locklear, I am the founder and CEO SouthEastern General Contracting, Inc. We have over 17yrs of Construction experience. We're #ConstructionContractors On #Fort Bragg NC Let me show you our Capabilities... 1. We’re an Unlimited Licensed General Contractor with a Bonding Capacity up to $65m on a single project and $100m+ for aggregate work! 2. We’re 8a & Hubzone Certified, we also are a Native American Owned Small Business! 3. Our Primary NAICS Code is 236220 4. We specialize in Building, Site Development, Utilities, and many other types of Construction work. 5. We’re currently in the SBA is 8a mentor protégé program with Metcon Inc. which is the largest Minority-Owned General contracting company in the state of North Carolina Metcon has a national reach that enables us to pursue and complete work anywhere in the continental US and in Puerto Rico 6. Oh yeah! Almost forgot to mention that we are local, our office is in Hope Mills... so we are literally right in Fort Bragg’s.... backyard!... we are also the highest-rated General Contractor in the state with 90+ Five Star Reviews online... 7. Finally, We have been awarded 5 contracts so far at Ft. Bragg 8. So... if you’d rather work with a contractor... who - makes your job easier - not ask you a million questions every day - Isn’t afraid to make a decision - And will simply get the job done, on time, and be a blessing to work with... - If this sounds good to you all that we ask is to try us on an 8a or Hubzone set aside or sole source construction project... Thank You! For taking the time to view our video capabilities brochure! We have also included our Capability Statement in a printed version as well along with our bonding letters! If there is a current opportunity we can assist with, please don’t hesitate to call me directly at 910.390.1062 we can typically turn around bids in 24hrs - 48hrs… and some cases within hours! Thank you in advance for viewing our Capabilities! I look forward to speaking & working with you soon! fort bragg nc micc 8a contractors military base contractors top defense contractors 2021 Marine Corps Base Camp Lejune NC Construction Companies Marine Corps Air Station Cherry Point NC Construction Companies Seymour Johnson Air Force Base Construction Companies Fort Bragg NC Construction Companies Contractors on Fort Bragg NC
96
6
0 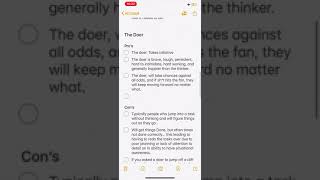 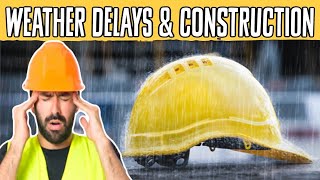 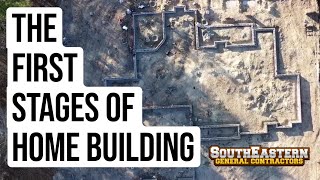 The first Stages of Home Building 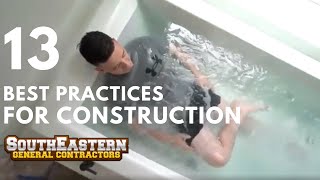 Construction Business Tips! 13 Best Practices Custom Home Builders #ConstructionBusinessManagementTips #ContractorMarketing #HomeBuildingProcess #tip_to_run_a_successful_business 13 Tips To Run A Successful Construction Business And To Learn Construction Marketing In 2021! Need Help, Advice, or Coaching For Your Construction or Contracting Busines? To request a discovery call with our team click this link: http://bit.ly/Contractors_Academy_C... We have over 17 years of Real-World Experience running our own Design/Business Construction Business and have wised that we could have found the right Mentor/Coach when we were first starting out and during the times when we were struggling......We are now offering the knowledge, skills, years of experience to those who would rather not learn the lessons the hard way: To request a discovery call with our team click this link: http://bit.ly/Contractors_Academy_C... Be sure to let us know which of the 13 Best Practices resonated with you the most by commenting below. Top 13 Real-World & Proven Best Practices For Running A Successful Construction Business In 2021 1. Know Your Ideal Client, Or You'll Work For Anyone! 2. You're a Business Owner, But You Must Become a Great Marketer! 3. It’s Not Personal, It’s Business! 4. Less Is More! 3 Ideal Clients Is Just as Profitable As dealing with 6 Not Ideal/Toxic Clients! 5. Free Is The Most Expensive! Never Give Anything Away...Give More Value Instead! 6. Create/Follow A Documented Process that always gets refined.. with each project! 7. Prove It With Video, They say it was done & done correctly right? Have them Prove It by sending a video proving it! This will solve a lot of problems once implemented! 8. Don’t Reduce Your Price, Find Other Ways To Give Added Value Instead! 9. Don’t Let the Client Lead You! 10. Make all the Selections Upfront! 11. Create a Change Order Consideration Fee In Your Contract! 12. Add A Disagreement Resolution Clause Your Contract! 13. Add A 10% Buffer & a Cost Escalation Clause In Your Contract. After implementing these 13 Best Practices in our business has dramatically changed for the better, we have Automated Our Sales Intake Process and are able to not only sort Ideal Clients from Not Ideal Clients, but we are able to now focus on clients who are in complete alignment with how we do business and we are closing $500,000 deals in our very first meeting consistently! If you'd like to know exactly how to implement each of these 13 Best Practices into our business and how you can do the same in your Construction Business we take on a few Fellow Contractors as Mentee or on Consultant Bases. Our Fees for Coaching range are discussed once we have a clear understanding of what your goals are. If you're a Construction Business Owner and you're needing some help, guidance or mentorship.....fill out our intake form to schedule a time to talk with us, Click Here to schedule your session http://bit.ly/Contractors_Academy_C... @South Eastern General Contractors @Matt Risinger @HGTV @Home RenoVision DIY @Lowe's Home Improvement @The Home Depot @Home Repair Tutor @Everyday Home Repairs @Modern Builds @RR Buildings @Perkins Builder Brothers @NAHB International Builders' Show
155
7
2 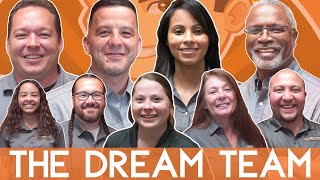 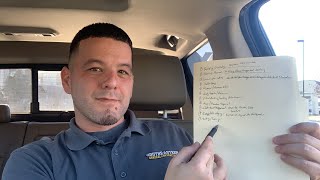 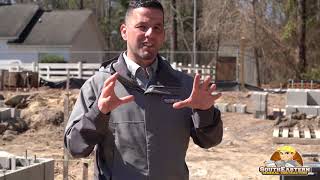 Learn How To Master The Home Building Process: Following Our System & Procedures.

#HomeBuildingProcess Signup For Early Bird Access To Our Contractors Academy Private Group by clicking the link below. http://bit.ly/LearnTheBuildingProce... MasterIng the Custom Home Build Process by: ✅ Following The Step By Step Process We Have Developed & Constantly Refine with Each Custom Home We Design & Build. ✅ Watch Us Follow The Steps On This Real World Actual Construction Project. ✅ Learn The WHY behind The Processes & Master The Process Quicker, Easier With Way Less Frustration & Costly Mistakes. ✅ Learn The Strategies & Business Insider Típs That We Use In Our Own Design/Build Business. Tag someone You know in the Contruction Business who you think would love to learn the ins and outs of the Design/Build Busienss following our proven signature step by step process : their Training Video Course will be for our Contractors Academy website where we will be teaching, sharing and mentoring fellow contractors or aspiring contractors in order to help them reach their full potential easier & faster.....based on our real world experience running our Design/Build Business at South Eastern General Contractors If you want to get the early bird discount for our full training course where I walk you through the entire Design/Build Process using one of our real Design/Build projects..... fill out the form below... to get on the early bird list... http://bit.ly/LearnTheBuildingProce...
191
8
2 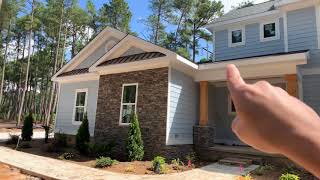 THINKING 🤔 AHEAD....Solving Problems on Construction Job sites before they happen?

How To: 🤔 Think Ahead, Anticípate Potential Issues & Come Up With Plan A & Plan B Solutions to Problems in advance. So that you are not being reactive to solving problems but preventing problem them from happening. #ProblemSolving #ThinkAhead #PredictTheFutureOnYourJobsite
203
13
0 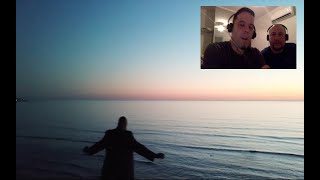 Billy Gene Is Marketing VIDEO REACTION: If i lost it all.... 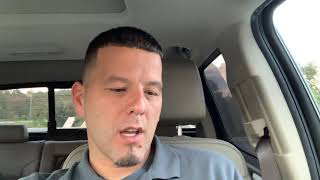 Ways To Find Sub👷🏼‍♂️Contractors & Vendors For Your Construction 🚧 Business! 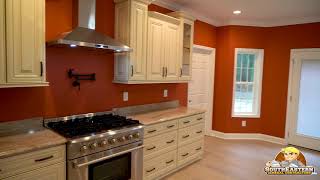 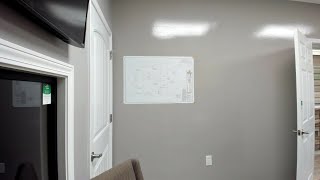 How to estimate Concrete Footings for a Custom Home Foundation 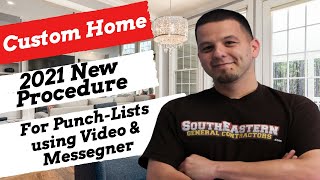 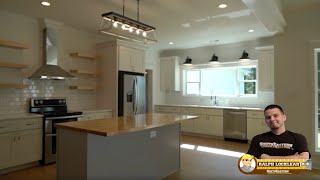 We Don't Just Build Great Homes, We Build So Much More... 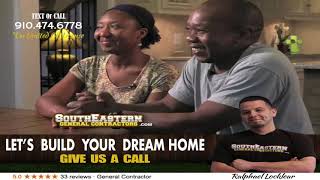 Thinking Of Building Your Dream Home? Watch This Before You Get Started

#CustomHomeBuilding #DreamHomes #FayettevilleNC #SouthernPinesNC #PinehurstNC Thinking Of Building Your Dream Home? Watch This Before You Get Started Text -or- Call 910-653-1045 to learn how to make sure you get your Custom Home Build Project off to the correct start! Visit: https://SouthEasternHomeBuilders.co...
55070
6
0
load more videos...

We strive to Be the Best and Most Sought After Design/Build Company… by continuously elevating Design/Build Standards by doing everything we do Better than anyone else does in the markets we serve that earns the lifetime loyalty of our Clients by doing what we promise, always going the extra mile and making sure our clients have an awesome Design & Build experience.